The site and project was created by Jack Kredell, Christopher Lamb, and Devin Becker @ the CDIL over the course of two years (June 2020 - February 2022).

Storying Extinction: Responding to the Loss of North Idaho’s Mountain Caribou is a multidisciplinary digital humanities project that represents community response to the recent extirpation (2019) of southern mountain caribou from the South Selkirk mountains of North Idaho—the last caribou to inhabit the coterminous United States.

The local extinction served as the exigence for a GIS-based deep map, or spatial narrative, which documents the interaction of human and more-than-human communities in North Idaho through geolocated oral histories 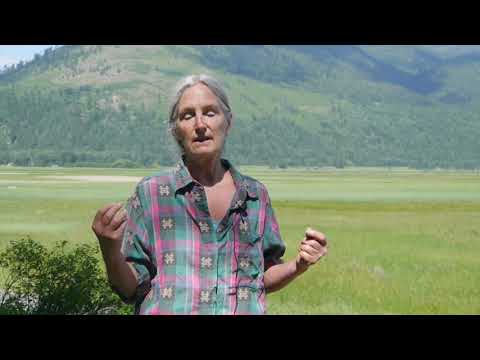 What is a deep map?

A deep map is a multidimensional, interactive map that offers an alternative to traditional two and three-dimensional representations of space. Beyond portraying the physical geography of a region, a deep map broadens our understanding of geography itself—imagining space as a complex, open-ended web of storied interactions determined as much by geological and biological history as by imagination, memory, and desire.

Storying Extinction attempts to represent Idaho’s former mountain caribou habitat as a space constituted by human and more-than-human relationships, each of which are somehow linked to caribou extirpation. Together, the map’s oral histories, historical materials, nonfiction narratives, and trail camera footage document an environment no longer hospitable to mountain caribou, but which remains haunted by their presence.

Storying Extinction is an ongoing and open-ended project. In our effort to recognize the process of extinction as an ongoing event extending into both the past and the future, the project will be kept open for contributions indefinitely. If you would like to share a story or other media related to Idaho mountain caribou, please email jkredell@uidaho.edu or chrstopherlmb@gmail.com.

This project is supported by the University of Idaho Library via its Center for Digital Inquiry and Learning (CDIL). Ongoing preservation and hosting are also managed by CDIL.

The website is built on a customized CollectionBuilder framework that uses an interactive Leaflet map as background and mechanism for viewing collection items and Tufte CSS to style its interpretive and informational content. These and other customizations can be viewed in the project’s Github repository.

The website is developed and maintained by Devin Becker using a customized version of the CollectionBuilder framework that features an interactive Leaflet map as background and mechanism for viewing collection items as well as custom interpretive features that utilized Tufte CSS stylesheet to style interpretive and informational content. These and other customizations can be viewed in the project’s Github repository.

This site can be navigated by using the right and left arrows on your keyboard, or by clicking the arrow buttons that appear to the sides or bottom of each page.

Trails ICON Created by Gabriele Debolini from the Noun Project

Hiker icon Created by Luis Prado from the Noun Project
No thanks, I prefer to bushwack.
Go to Previous Page Go to Next Page